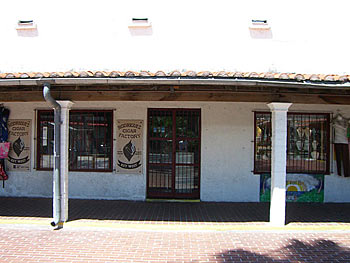 As you step into the Rodriguez Cigar Factory you will experience a big part of Key West history. This is one of the few remaining cigar factories in Key West. Hand rolling cigars is an art, and a dying art. Key West’s cigar industry was at it’s peak from 1880 to 1890. During this time Key West was the richest city in Florida. In 1883 there were more than 9,000 cigar workers in Key West making up half of the population, at the time, 18,800. Many of the shotgun houses that you see around Key West were built by some of the cigar factory owners to house the cigar makers. At the height of the industry over 200 factories in town produced around one hundred million cigars in annually. But as with so many other industries, it fell on hard times and costs started to rise. It was time for the owners to “outsource” the production and the move to Ebor City in Tampa began. The cheap land, financial incentives, and lower production costs spelt the end of one more boom in Key West’s history. Cuba has the world’s finest tobacco. 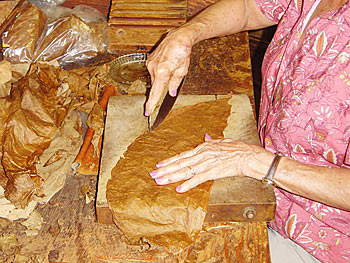 You can buy a box of Cuban cigars (25 in a box) for $275 however, due to the US embargo with Cuba, they are illegal in the United States. But you can still get a Cuban rolled cigar here in Key West. These cigars are made from Cuban seeds grown in different areas, such as the Dominican Republic or locally. True cigar lovers believe that it is not only the Cuban seed that makes a great cigar, but how it is nurtured, the environment, soil it was grown in, even the humidity.