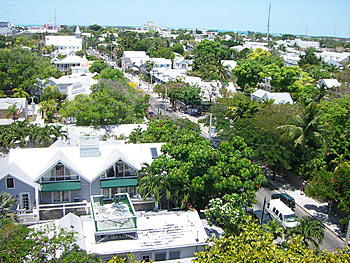 Duval Street is our main street and is home to many of Key West’s best known and often spoken about bars and restaurants. Open from 10am until 4am this street never sleeps. Duval Street was named after the first Governor of the Territory of Florida, William Pope Duval. He was Governor from 1822 to 1834. If you look to the right up Duval Street you will see the Gulf of Mexico, if you look to the left down Duval Street, just under a mile, you will see the Atlantic Ocean. Duval Street is known as the longest street in the world because it runs from the Atlantic Ocean to the Gulf of Mexico. 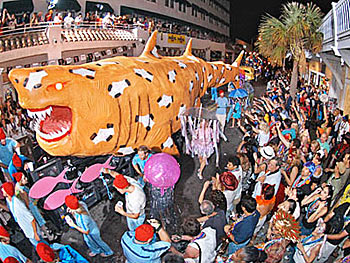 This street is host to numerous Key West events such as Bike Week, where hundreds of glittering motercycles line both sides of the street. Pridefest, where a rainbow flag is hand stretched from one end of Duval to the other. Fantasy Fest, a mardi gra style week long festival that ends with around 70 float parade down this main drag. There is always something to see on Duval Street.