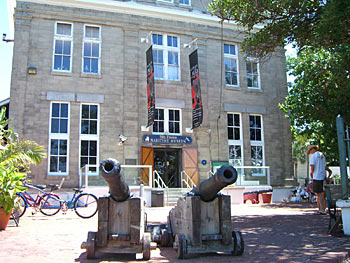 Mel Fisher is, perhaps, the most vibrant and best loved of Key West’s local heroes. For sixteen years Mel searched the water of the Florida Keys for the “greatest” of all treasure ships. Take yourselves back to the height of the Spanish Main when treasure of gold silver and precious gems were being sent back to Spain in heavily laden ships. The Atocha and Santa Margarita were two of these ships sailing towards Spain when they ran afoul in a major hurricane. Both ships were lost along with their precious cargoes. 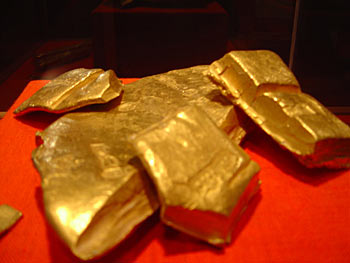 For sixteen long years Mel searched the seabed. Throughout those long hard years Mel’s motto was “Today’s the Day”. That day was in fact to be July 20th 1985 when the mother load of treasure from the Atocha was found. Four hundred and fifty million dollars worth of treasure. While the Atocha may be the most famous of all there are over one thousand other ships that wrecked on the treacherous coral reef that is lurking just below the surface of the waters called the Straights of Florida. In the Mel Fisher Museum you will see millions of dollars worth of sunken treasure.