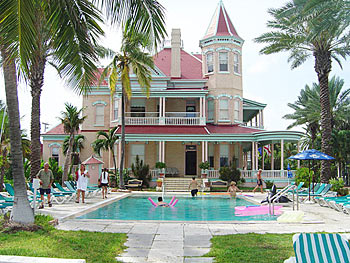 The Southernmost House was built in 1896 for a cost of $250,000 (approximately $6 million today). In 1939 the property was converted into a Cuban nightclub called Café Cayo Hueso (Bone Island Café), for $49,000. In 1954 it was converted back into a residence and remained so until 1996 when a $3 million restoration began to turn it into a 13-room hotel, with a museum on the first floor. Today 43 U.S. presidential signatures are on display. Five U.S Presidents stayed at the mansion during their visit to Key West. 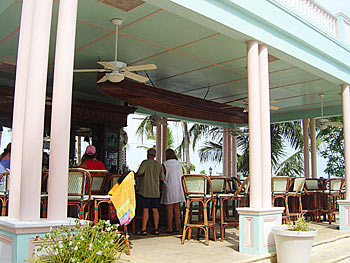 The grounds are magnificent with glorious tropical gardens, a sparkling pool, an antique wooden bar from Carson City, Nevada and four resident southernmost rabbits that delight guest with their occasional visits. Palm trees, indigenous flowers and tropical greenery surround the 1-acre of waterfront gardens and decks. It has been designed to be the premier wedding and special event destination of Key West. Not a weekend goes by without a wedding.