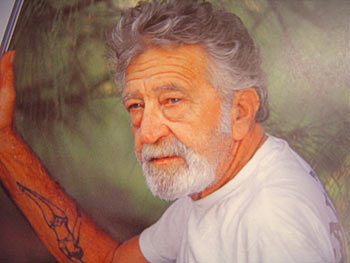 There is a saying that a person is a legend in their own lifetime, and another that they are larger than life. Captain Tony is such man. A one time Mayor of Key West, a husband – three times, a father – thirteen times, a possible fugitive from the NJ Mob, oh the list goes on. Captain Tony was the owner of the original Sloppy Joes. A tree growing out of the middle of the bar and through the roof was originally the “hanging tree” where 75 people where hanged. Legend has it that one of the executed, a woman accused of killing her husband and child, can be seen frequenting the bar. 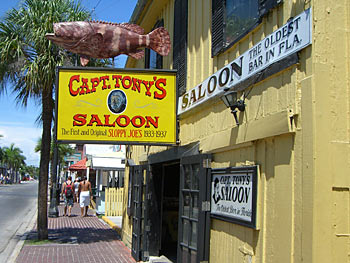 The building has had many occupations over the years. In the early days it was used for ice storage. That same cold temperature was also used to store bodies prior to burial. So the ice house was also Key West’s first morgue. We will leave the pun about being still able to get a cold one here well alone. It is well worth a stop inside the oldest bar in Florida, for a drink, where you can see more business cards pinned to the ceiling and walls than we can count. There is also a permanent exhibition of feminism - of sorts- decorative bra's in every shape, size and color.