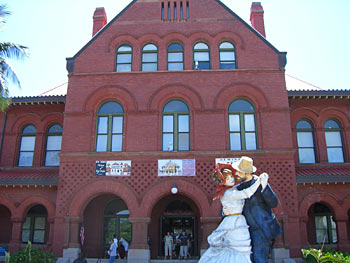 The Custom House was built in 1891 and served as a post office, court house and government center. In 1906 the Customs House incurred the wrath of a major hurricane. Recently this building recently received a 9-year, $9 million restoration. Now occupied by the Key West Museum of Art & History, this is one of the oldest and most historic buildings on the island. The architecture of the imposing, red-brick building seems out of place in Key West - for good reason. 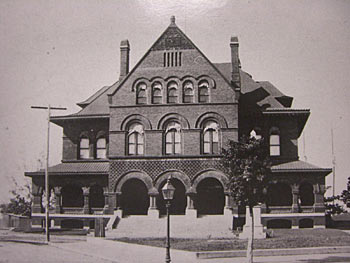 It was built to government specifications created for New England. Thus, it has four fireplaces and a steeply pitched roof to allow the snow to slide off. You can take a self guided tour of the museum and view artist Steward Johnson and meet some of Key West's famous people through portraits by Paul Collins. Stand in the very room where the U.S. decided to go to war with Spain, following the sinking of the battleship USS Maine. Step into the Customs House and you will feel the history of Key West come alive.