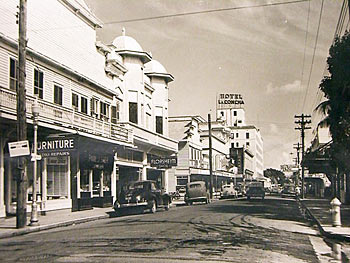 The La Concha first opened in January of 1926, to provide the city with a "first class hotel." The newest hotel on the island had marble floors, private baths, elevators and other luxuries that were new to Key West accommodations. During this time, rum-running thrived, the sponge-gathering and cigar-making industries were booming, and warm weather seeking tourists from the mainland were being delivered by the hundreds to Key West on Henry Flagler's Overseas Railroad. But then the stock market crash of 1929 hit Key West hard and suddenly it was one of the poorest cities in the United States. In 1930, because of financial difficulties, the hotel changed ownership and changed it's name from "La Concha" to the "Key West Colonial," although the natives still called it by its original name. 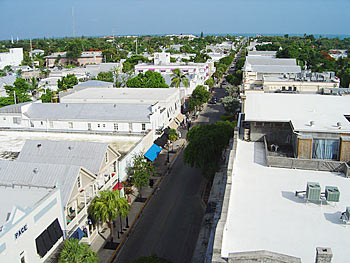 Through it all, the La Concha survived and played host to its share of famous personalities. Ernest Hemingway, a name synonymous with Key West, stayed at the hotel and his protagonist in the acclaimed To Have and Have Not makes reference to La Concha's landmark tower as he sails from the island. Author Tennessee Williams finished the play "A Streetcar Named Desire" here. In his words, "We arrived in Key West and occupied a two-room suite on the top of the Hotel La Concha and it was there that I really began to get Streetcar into shape.” By the early 80s, the only part of the hotel still open was the rooftop bar. The La Concha, reopened in 1986 after a multi-million dollar restoration. The roof of the Hotel La Concha is still one of the most popular spots to view the entire city and surrounding gulf and ocean, as well as the sunset. And if that isn’t enough, it is also the tallest building on the island.