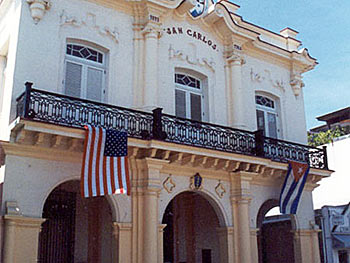 The San Carlos was built by the Cuban government in 1871 to hold political meetings, plays and to educate their children. During this time the cigar industry brought the Cuban immigrants to Key West and created a large Cuban community which has continued to this day. The growing numbers of Cubans and the political strength of the Cuban community led to the election of a Cuban Mayor in Key West in 1876. The San Carlos building was destroyed by fire in 1886 and quickly rebuilt. 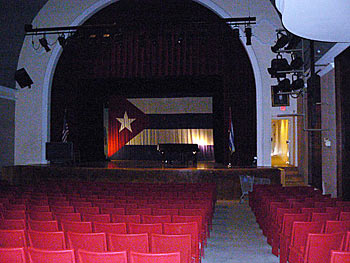 Then in 1924 a new building was built by the Cuban government and it was later restored in the mid 1990’s. Today this historic building is, once again, going through another renovation.