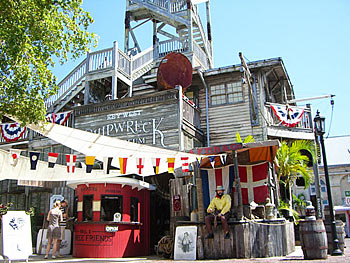 In 1860 wrecking or the business of salvaging sunken ship made Key West the richest city in Florida, and the wealthiest town per capita in the U.S. A number of the inhabitants worked salvaging shipwrecks from nearby Florida reefs, and the town was noted for the unusually high concentration of fine furniture and chandeliers which the locals used in their own homes after salvaging them from wrecks. Back in the mid 1800’s, ships would leave from Boston, New York, Norfolk , Savannah or other ports on the east coast and head West to New Orleans and the great rivers. 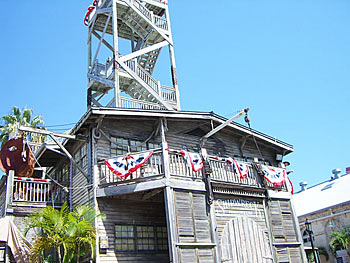 The 170 mile long coral reef off Key West would claim many ships and many lives as the storms drove the ships off course and onto the reef. The cry of WRECK ASHORE! would ring from the rooftops. Anyone who had access to a boat would race out to the reef to save the lives and to lay claim to the salvage rights of the stricken ship and her cargo. This enterprise became so profitable that the Federal Court system introduced a wrecking court in Key West. The court would decide on who had claim to the wreck and where the money from the salvage operation would go. The first captain to reach the wreck would always get the major share. Key West and her citizens profited from the salvage business and huge mansions were built with the proceeds. The city was to become the richest city in the Untied States – as judged by income per capital in the late 19th century.