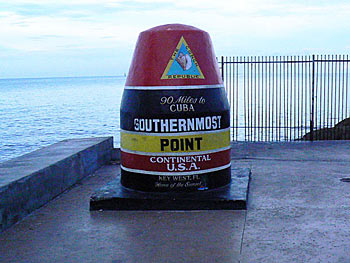 The Southernmost Bouy is the most photographed landmark in Key West. This bouy represents the southernmost point in the continental U.S. From here, it is 90 miles south to Cuba and 160 miles southeast to Miami. Because we are so close to Cuba many Cuban nationals try to make the crossing to live in the United States and some of the boats that attempt the crossing are very creative. The United States has a policy called the “wet foot, dry foot” where any Cuban who makes it to shore is permitted to stay in the United States. Those who get intercepted at sea by the Coast Guard are deported back to Cuba. 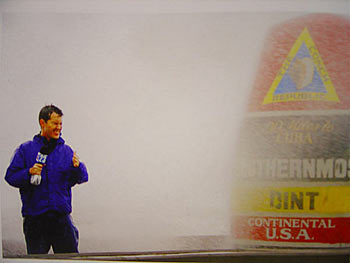 Today, an estimated 16.5% of our 25,000 residents are Cuban. The most famous person to make the crossing went from Key West to Cuba, it was the former mayor of Key West, Sonny McCoy, and he made the crossing on waterskiis. The southernmost bouy also receives a lot of attention during hurricane season.