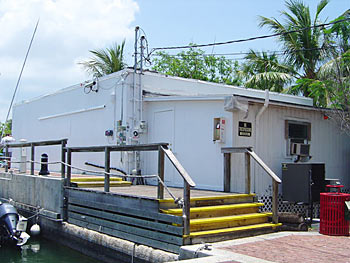 This ordinary white building with no windows is a Jimmy Buffett recording studio, Shrimpboat Sound. This recording studio is complete with a pre-World War II microphone. A spcial mic that Buffett has recorded many cd’s with. And when he is not in town, he rents it out to other famous musical artists such as Mac McAnally, Alan Jackson, Zac Brown, The Eagles, George Strait, Toby Keith, Kenny Chesney, Billy Corgan...just to name a few. It's located in the Key West Historic Seaport between Schooner Wharf Bar and Conch Republic Seafood Company. 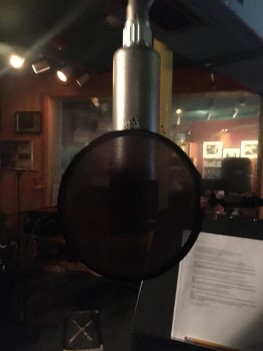 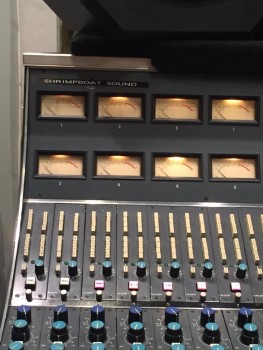 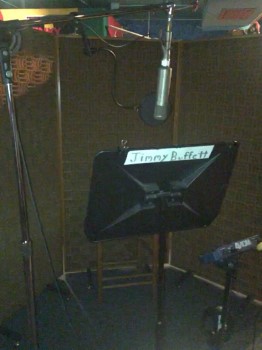 Key West was always the natural choice for doing this project. I have spent enough time in studios in bad climates trying to make magic. Shrimpboat Sound was an attempt to put a unique but very functional studio into a place with atmosphere. You can’t get much more atmosphere than sitting on the porch at Shrimpboat and watching the world go by. Shrimpboat is housed in an old shrimp storage cooler where the boats would unload and deposit their catch (thus the name). It was put together by Ross Ritto who was my soundman on the road for over twenty years and now owns Sound Image, one of the top sound companies in the country. Over the years, we have recorded nearly a dozen albums at Shrimpboat and more recently the studio has been used by an eclectic group of artists from Billy Corgan to Toby Keith who like the sound that we have come up with. - Jimmy Buffett, Margaritaville.com